The Pie Who Loved Me is the twenty third episode of season one of Evil Con Carne and the season one finale.

A mini-musical episode filled with numerous singing genres. In the episode, Hector has Major Dr. Ghastly create delicious pies for everyone on Earth to keep them happy and distracted while he takes over. The song that takes up the entire episode is also referred to as "Pie in the Sky"

The episode begins with Hector singing about how much he loves the world and how it's full of such grace and beauty. He then claims that he wants to take over the world, in order to conquer all of it's glory. So, he sends out an army of his henchmen to take it over.

Major Dr. Ghastly is then seen in her laboratory, singing about how she's cooking a bunch of pies. Ghastly makes a bunch of pies, which they are going to use in combat, as a device to help them take over the world. She sends all the pies to Hector and the troops, and Hector takes off in a giant pie-shaped aircraft and goes into the city, shooting them all down to Earth.

Upon discovering all the pie that has been randomly delivered to them, the citizens of the town all sing a song about it. They are at first, confused and also a bit alarmed by the fact that there is so much pie there, but when they start eating it, they start to love it and then quickly become obsessed with it, wanting only more and more of it, continuing to eat it, without stopping. This even carries onto the organization of SPORK, where all the soldiers are eating pie and becoming fat and lazy, not putting any effort into their work.

Hector then reprises his song from the beginning, claiming how he's glad to see that the entire world has succumbed to his evil pie plan and is ready to take over the world.

When Cod Commando hears about what's going on, he does not allow it and stands up against it. He sings a patriotic song, and slaps the pie out of the hands of all the other soldiers there, and sets them back to work again. They the break into Hector's pie-shaped aircraft and they get into a pie war with Evil Con Carne.

Eventually, the pie war comes to an end and nobody can fight anymore because they've eaten too much pie. They all sing a song about it and then decide that they shouldn't be fighting and they all just get along. They gold hands and get into a circle where they sing about it and put the entire fight behind them. Stomach then asks Major Doctor what was inside of her pie, that made it taste so good, and Major Doctor says that the secret ingredient is love, much to the discontent of Hector. 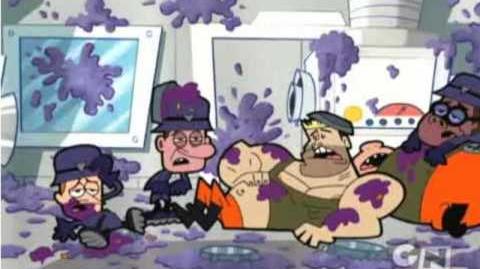 Pie in the sky
full, audio only 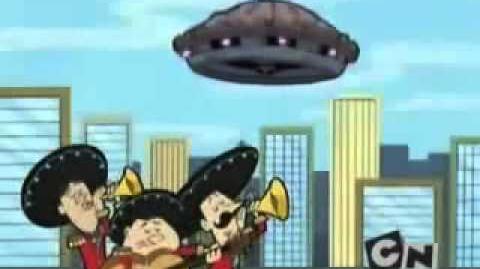 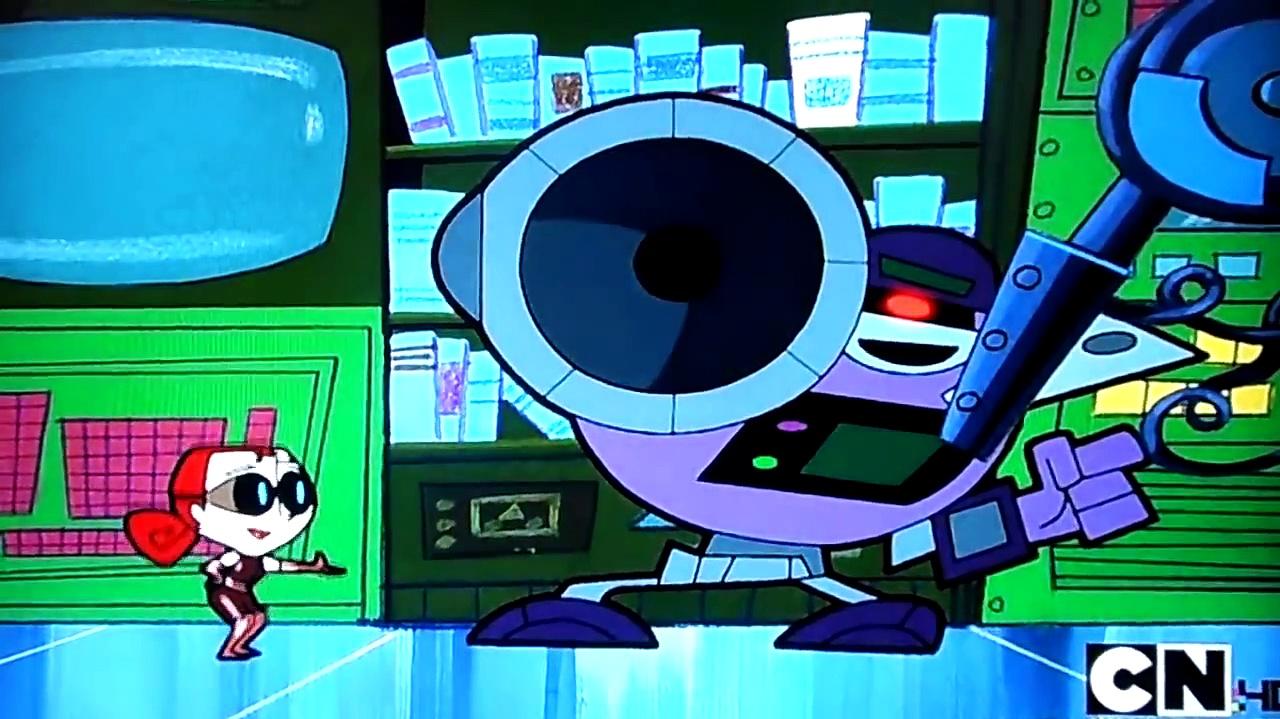 Grim and Evil Pie in the sky
all except first, video included
Add a photo to this gallery
Retrieved from "https://evilconcarne.fandom.com/wiki/The_Pie_Who_Loved_Me?oldid=9415"
Community content is available under CC-BY-SA unless otherwise noted.